Quit4Today
A Blog By Quitters For Quitters
Menu 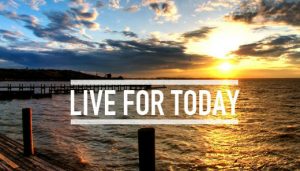 This morning I started my morning when I logged on to my computer doing the same thing I do every morning, I quit nicotine.  I’ve been doing it for 7+ years now so you would think I would not need to start my day like that anymore.  The truth is I do, because without doing that I leave myself open to the idea that since I did not quit today, there is still a chance I can walk into a convenience store and make one real bad decision.  I’m sure what is running through your head is, “klark, you have been doing this for 7 years now, you should be fine without it now.”  True, but for most of 23 years I also had a habit of putting dirt in my lip every morning, and I didn’t make a promise then, I just did it.

I quit today because I tried several times to imagine quitting forever, and each time I told myself I would do it after some event because I couldn’t do that without dip.  Well by the time I thought through all of the things I could not do without it I gave up on the idea of being quit.  That was way too much and the thought of it was overwhelming, I could not quit that long, I would need it.   It’s addict speak, but then again that is exactly what I am.  Even when I found out I had to have oral surgery to have a tooth removed, I thought I can quit for a week but I can go back after that even though it would be a hard week.  A week, even a week to me was starting to feel damn near impossible.  I did what the surgeon said and started Chantix and their “support”.

It was on a Sunday I found killthecan.org.  I could find plenty of help quitting smoking but not quitting dip.  When I found it I clicked on a link that took me into chat.  They were nice people, greeted me, and asked right away, “Have you posted roll yet?”  I had no idea what that was but found out real quick if I wanted support then I needed to go do that first.  I did that and started to read what I could, all of it was pretty overwhelming.  I went back into chat and had it explained simply and clearly, we promise each day not to use nicotine before we do anything else.  That meant before I answered email, before I posted in an introduction or commented on something, I had to post my promise each day.  In all of those conversations I was never asked more than that, I was asked to give them today and do what I had to to honor that.  I was told an addict cannot get through forever, and they were right, I couldn’t even think about a week.  So I bought in and did exactly that, I made it to the Hall of Fame and was told to keep posting my promise daily.  I have been able to hit several milestones since that day, and all of them have been because I promised today.  I can manage today, that is easy.  I don’t even like acknowledging when I get close to a milestone, like when I hit 2599 I did not look forward to the next day, I worried about staying quit today.

All quitters, whether you are on day 1 or day 10,001, you should only quit today.  It was how I was taught and how I tell people today when they quit.  I have had several people send me a message saying thanks, I will quit forever.  No matter how long they have been quit I tell them, just get through today.  Doing something forever is a long time, and can feel overwhelming if you get caught up in thinking that way.  I quit today and will enjoy being free today, it’s a great feeling with little pressure.  So if you are reading this and still thinking about quitting, just quit today, let’s get through that together first.

The name of this blog is quit4today.com, do you really think that’s just a coincidence?  No, it’s how we live our lives now, quit 4 today.